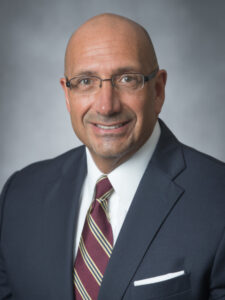 Conax Technologies, a global manufacturing leader headquartered in Buffalo, announced Stephen M. Vitello has joined the company as the Executive Director of Sales.

Steve has more than 30 years of experience in technical and industrial sales and is a proven leader with a track record for driving growth through strong strategic planning and tactical execution. In addition, he has demonstrated a history of leading transformational change and creating high-performing teams.

“We are thrilled to add Steve to our leadership team. His experience and expertise will make us a stronger company as we continue to accelerate our growth across the world,” Conax Chief Operating Officer William C. Fierle commented.

Steve spent the prior 14 years at Columbus McKinnon Corporation in Getzville, New York where he rose to Executive Director of Sales and Marketing for North America, Industrial Products Business Unit. Under his leadership, the team generated $250 million in revenue and had a $20 million operating budget. He guided the development and implementation of strategic plans that produced consecutive years of share and revenue growth.

Steve began his professional career with Ingersoll Rand, a multinational company based in Davidson, North Carolina, that provides flow creation technologies and industrial products globally. He served the company for 18 years in numerous managerial roles before being named Regional Business Director for the company’s Air Solutions Group.

A resident of Grand Island, Steve earned a Bachelor of Science from Medaille College in Buffalo.